I spent the weekend hanging out with Magnus and we tried recipe 35 from Ni Zan's Dietary System, which I posted a translation of recently.  Here's how I translated it initially:

Take true flour and soak it in egg [lit. “embryos”] and mix it well. Boil concentrated rice straw ash liquor or charcoal ash liquor, and lace noodles through it and it will be complete. Serve in clear chicken broth, with shredded chicken, or shredded meat, and it’s appropriate to use as a “nod.”

With the original text in Chinese:

So we got some wood ashes and soaked them in water to get lye, 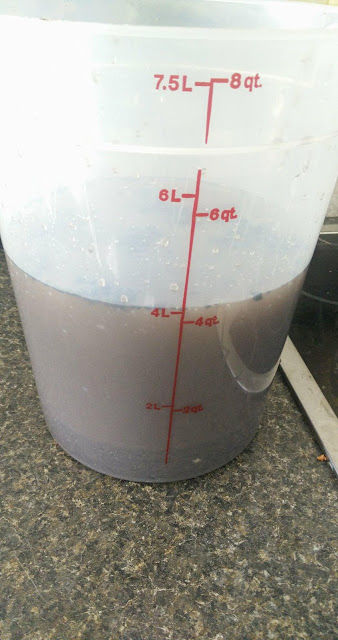 Decanted and strained,
Set it to boil and mixed a cup of rice flour with five eggs - enough eggs to make it as liquid as seemed right. 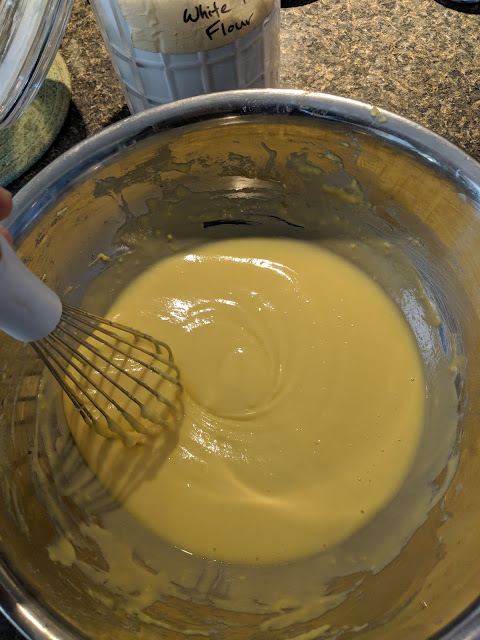 And then we tried to force it through a wire colander to get it to make noodles in the simmering lye. 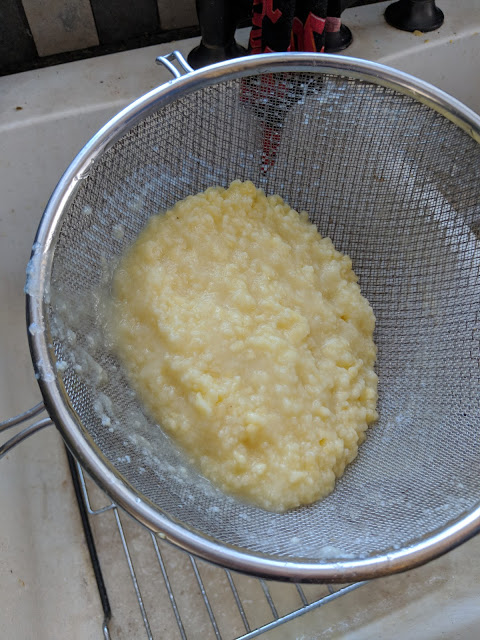 We tasted it, and it was ok but, uh, definitely full of lye.  So we rinsed it in water, and then put it into some broth 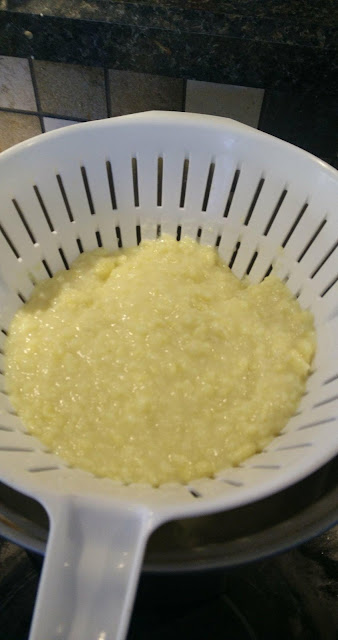 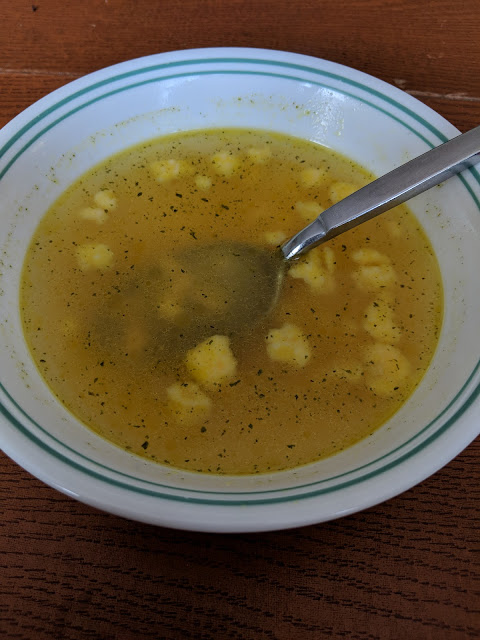 It was a pretty nice addition to soup!  Very eggy.  We didn't have any shredded meat so we skipped it.

But this presents a few interesting problems with the translation that I'd like to walk through.

The text says some thing like honey-brewed but doesn't mention honey at all.  I think the noodles were lightly sweet, but honestly I might have been imagining it.  Still, in theory at least, the lye should hydrolyze a little of the starch into sugars, so sweetness is plausble.

The word used in the title is 粉 (fěn), which sometimes in modern Chinese means "noodle" but historically has meanings like "powder" or "granules."  Maybe this is actually a recipe for granules?

I had expected the batter to form into threads in the broth, which it definitely did not.  There's some short noodle-like segments, but not much.  Let's re-examine the verb used for the noodle-making process, 索 (suǒ).  A Student's Dictionary of Classical and Medieval Chinese gives the following meanings (abbreviated):
That last meaning jumped out at me after trying to make this - is this more of a "tears falling in streams" kind of thing?  Running in sequence but separated?

The next time I make this, I'll try lacing the batter in using a spoon or something to see if it makes noodles, but it seems that this approach doesn't make noodles the way, say, extruding ramen into hot oil does.

So perhaps this is just a spaetzle-like product.

That leaves the "red silk" part of the title.  Embarrassingly, I puzzled over this for some time before realizing that the word I'm reading as "silk" is also the word for "threads" as in "shredded meat" - it's just "red meat shreds" which is called for as a condiment.

This is why trying to cook recipes is so critical for translation: without context, it can be very hard to translate and make good choices in the face of ambiguity.

But note that photos 1, 2 and 5 are not my IP and are not released under this license.
Labels: Chinese food noodles translation