Neural networks are the new hotness in a lot of machine learning stuff, but they can also be used for amusement because they can generate natural-looking but deeply wrong output.  You might be familiar with deep dream, the result of an image recognition neural net gone wrong:

You can also use them on text, and do things like make fake Magic The Gathering cards ("Mointainspalk AND Tromple?"), or fake Pokémon.

I decided to take a crack at this, and used the same neural network tool as those two, but pointed it at SCA names and devices.  Conveniently, the College of Heralds puts their database online (although it is perhaps not perfectly fresh, as I'm not in it).

I apologize in advance if any of the names or devices closely resembles yours - these things can sometimes just memorize their inputs.

I've picked out what I think are some of the funniest names and listed them below.

I trained the network for 10 epochs (so 10 times trying to get better), and generated a bunch of names.  Some of the better ones (full list):
I also tried training it only for one epoch, which produced noticeably more nonsensical (and, oddly, more Gaelic?) results:

Likewise, a few of the funnier devices., run for 10 epochs.  More here.  Running for fewer epochs was mostly gibberish.

Some of these are quite good devices:


But then they start to get weirder...
The longer ones are insane.
I'd love to get some of these drawn.  I might print out and bring the list to Pennsic to see if I get any artists amused.  I did find a picture of #7 though:

Also, I should admit that I had to look up half of the words to see if they were real.  This thing is creepily good at making up plausible-sounding heraldry terms.

If you give the model a starting text, it'll try to generate follow-up text.  Training it on "name|device", when we feed it "name|" it should start generating a device.

A shame that's not legal since it's color-on-color, and you can't really have more than one gore, but it's creative!

Let's see what it thinks for their Majesties, the current King and Queen of the East Kingdom:

Ioannes Aurelius Serpentius|Sable, a portcullis Or and a fir tree blasted and eradicated counterchanged.

Sadly, a far cry from his real arms, "Per pale gules and sable, a hydra and on a chief argent three frets couped gules."

Some similarities to her real arms, "Sable, a chief ore, in base a peacock in his pride ore."

If you post a comment, I can run this on YOUR name as well, at least until I head off to Pennsic.

How to do it yourself

These instructions work on my Ubuntu machine.  Your mileage may vary on other systems.

Putting It All Together: Late 14th Century Transitional Cotehardie 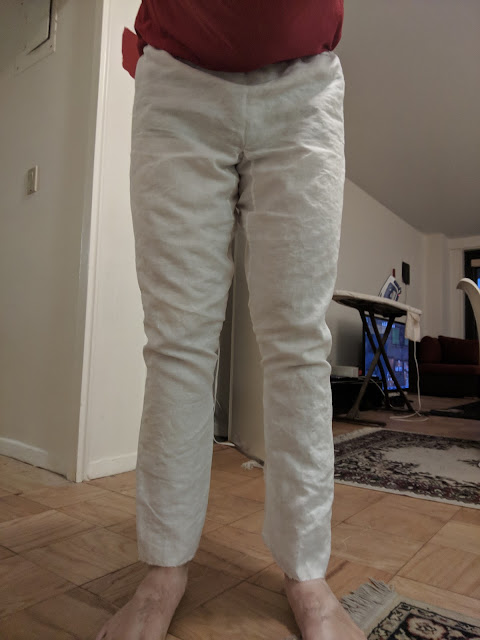